Professor Nichols primarily teaches courses in Latin literature and Roman art and archaeology. She is the author of Author and Audience in Vitruvius’ De architectura (Cambridge, 2017). A second, co-authored monograph, Imagining Rome’s Foundation in Ancient Visual Culture, will soon appear from Routledge. A scholar of image and text, she enjoys teaching Latin at all levels, alongside courses on ancient Roman architecture, urbanism, and art. Her articles and book chapters span a range of topics, including Roman comedy and satire, attitudes surrounding luxury building and Greek plunder during the Roman Republic, and the “Pompeian” style in American interior design. She came to Georgetown from the museum world, having previously worked as a curator of ancient art.

Claire Catenaccio is a scholar of Ancient Greek literature, particularly drama, and its modern reception. As a dramaturg and director, she has worked extensively with contemporary stagings of ancient texts. Her first book explores monody, or solo actor’s song, in the plays of Euripides (Monody in Euripides: Character and the Liberation of Form in Late Greek Tragedy, forthcoming from Cambridge University Press). She has published articles on dreams in Aeschylus’ Oresteia and Plutarch’s Lives, on singing heroes in Sophocles’ Trachiniae, on messenger speeches in Seneca’s tragedies, and on the transformation of the myth of Orpheus in the Broadway musical Hadestown. At Georgetown, Professor Catenaccio teaches courses on the Ancient Greek language, Classical mythology, tragedy and comedy, Homer’s Iliad and Odyssey, and Shakespeare’s plays set in Ancient Greece and Rome.

Professor Evans teaches courses in Greek language and literature, equipping students with the linguistic sensitivity to appreciate the rich dialogue between ancient texts and their social, religious, and literary contexts. His research focuses primarily on the social status and function of Greek poets working in royal courts on the margins of the traditional Greek world. He is currently working on a book which examines how poets in Ptolemaic Alexandria competed for status with powerful courtiers by articulating their poetry’s value in publicizing their patrons’ court to broad audiences across Greece. Outside of Classics, Professor Evans has over ten years of experience advising students in all fields applying to nationally competitive fellowships. like Fulbright. He enjoys introducing all students to the Greeks and Romans and what their cultures offer us in our search for understanding ourselves and our world today.

Professor Haynes enjoys teaching Latin at all levels alongside courses in translation that explore the legacy of classical culture more generally. He is particularly interested in how classical literature has been interpreted and valued in the millennia since its creation. He is the author of The Medieval Classic: Twelfth-Century Latin Epic and the Virgilian Commentary Tradition (forthcoming from Oxford) which examines one especially intense moment of creative imitation of the Aeneid when poets competed against each other to outdo Virgil at his own game in his own language. He is currently finishing a book on Petrarch’s indebtedness to earlier medieval Latin poets in his epic, the Africa, a work sometimes considered a harbinger of the Renaissance and a return to a more classical style. Professor Haynes has translated and edited many Latin works to make them more accessible to the wider public. With Ralph Hexter and Laura Pfuntner, he translated and edited Appendix Ovidiana, a collection of Latin poems attributed to Ovid in the Middle Ages, in the Dumbarton Oaks Medieval Library series (Harvard, 2020). With David Traill, he translated and edited Twelfth-Century Anthologies from Ripoll, Regensburg, and Chartres in the Dallas Medieval Texts & Translations series (forthcoming from Peeters), and, with Frank Coulson, he is currently translating and editing Pierre Bersuire’s Moralized Ovid, a compendium of allegorical interpretations of myths organized around Ovid’s Metamorphoses, for the Dumbarton Oaks Medieval Library. He is also working on a new critical edition of the Gospel of Nicodemus with colleagues in the Association pour l’étude de la littérature apocryphe chrétienne (AELAC).

Professor Catherine Keesling is the author of The Votive Statues of the Athenian Acropolis (Cambridge 2003) and Early Greek Portraiture: Monuments and Histories (Cambridge 2017). Her principal area of interest is the literary and epigraphical evidence for ancient Greek sculpture and sculptors in the Archaic, Classical, Hellenistic, and Roman imperial periods. Her current research concerns sculptural collections in late Hellenistic and Roman Greece and Asia Minor, the reuse of earlier statues and monuments in Roman Greece, familial portrait groups in Greek sculpture, and Greek commemoration of the Persian Wars. She enjoys teaching courses on Greek art and archaeology, Greek history, Greek religion, the cities and sanctuaries of the ancient Greek world, and Herodotus.

Ismini Lamb is the Director of the Modern Greek Studies Program. She offers courses on Hellenic identity, history and culture, including World Visions of Modern Greece, Greek Society and Popular Culture, Byzantine History and Civilization, and The Orthodox Faith in Greek Culture. Her research interests include Hellenic identity and expression, national and ecumenical Hellenism, and social and humanitarian issues in contemporary Greece following the financial and refugee crisis. Currently, she is completing the authorized biography of George Horton, the American philhellene, classicist, poet, best-selling author, diplomat, ethnographer, and humanitarian. She has been teaching the Greek language and culture for thirty years at Georgetown, founded and mentors the Georgetown Hellenic Association, and loves sharing her appreciation of the continuity of Hellenic civilization from antiquity to the present with students. She teaches all levels of the Modern Greek language and speaks frequently on Greek culture, history and current events.

Professor McNelis primarily teaches courses in Greek and Roman literature, both in translation and in the original languages. He is particularly interested in the epic poetry of authors such as Homer and Vergil and their portrayals of human endeavor within political and religious contexts. The literature in translation courses take as a starting point the ways in which other ancient artists (e.g. Euripides, Ovid, Lucan, Apuleius) and/or literary genres (elegy, satire, drama) poignantly responded to and transformed these culturally powerful texts. Study of stylistic and thematic points of these texts in Greek and Latin affords an even deeper understanding of these works. These kinds of intellectual concerns are reflected in many of his publications, including his book entitled ‘Statius’ Thebaid and the Poetics of Civil War (Cambridge, 2007) and his ongoing commentary on Statius’ Achilleid, a poem which takes as its subject Achilles, the greatest Greek hero.

Josiah Osgood is a historian of Rome who researches the fall of the Roman Republic and the Roman Empire. His first book, Caesar’s Legacy (Cambridge, 2006) explores the civil war that followed the assassination of Julius Caesar and its memorialization in literature. In subsequent books and articles Osgood has continued to look at political violence and civil war. Turia: A Roman Woman’s Civil War (Oxford, 2014) tells the story of a woman of the first century BC who helped her family survive waves of unrest. His latest book is Uncommon Wrath: How Caesar and Cato’s Deadly Rivalry Destroyed the Roman Republic (Basic Books, 2022). Professor Osgood has co-edited several volumes on Roman history, historiography, and literature. For Princeton University Press’ popular Ancient Wisdom for Modern Readers series, he has translated How to Be a Bad Emperor (Suetonius) and How to Stop a Conspiracy (Sallust). Osgood regularly writes and speaks about the value of studying Classics in democracies today and has contributed to such outlets as The Washington Post, Open Mind, and Medium as well as a number of podcasts.

Professor Pedrick primarily teaches courses in Greek and Latin language and literature, with a particular interest in Archaic and Classical Greek literature and culture. She also teaches an introduction to Classical myth. In all her courses, she encourages students to focus on the audience and cultural contexts for ancient texts, including when appropriate modern engagement. She has published essays on Homer, Greek Tragedy, and Latin Lyric as well as two volumes on tragedy, one a collection of essays and the other a study of Euripides and Freud.

David Pickel is an ACLS Emerging Voices Fellow and a Georgetown Humanities Initiative Postdoctoral Scholar. As an archaeologist, David primarily teaches courses on the material culture of ancient Rome. He received his PhD in Classics from Stanford University in 2021. His doctoral research examined the epidemiology of malaria in Roman central Italy, combining spatial epidemiological theories and methods with close analysis of paleo-environmental data, ancient texts, and archaeological remains to learn how the environment, Roman practices, and artifacts affected malaria transmission in the past. David is also Excavation Director for the Villa Romana di Poggio Gramignano Archaeological Project, a multidisciplinary research project focusing on the Augustan era villa at Poggio Gramignano and its associated late antique infant and child cemetery, both located along the Tiber River near the Umbrian town of Lugnano in Teverina, Italy. As a Georgetown Humanities Initiative Postdoctoral Scholar, David will continue to explore the intersections between human health, material culture, and the environment in antiquity. His current book project examines the formation and evolution of disease landscapes across the Roman Empire and the significance of these landscapes in the history of Rome.

Alexander Sens is Dean of the Graduate School of Arts and Sciences and the Markos and Eleni Tsakopoulos Kounalakis Professor of Hellenic Studies. He teaches courses on Ancient Greek and on Greek literature. He studies the poetry of the late Classical and Hellenistic periods and is particularly interested in the ways in which the authors of these ages engage with antecedent literature to create meaning in profoundly new literary and cultural contexts. In addition to more than 50 articles, book chapters, and encyclopedia entries and numerous book reviews, he is the author or co-author of six books: Theocritus: Dioscuri (Idyll 22). Introduction, Text, and Commentary ([Hypomnemata vol. 114] Göttingen, 1997; Matro of Pitane and the Tradition of Epic Parody in the Fourth Century BCE (with S.D. Olson) ([American Philological Association Monographs 44] Atlanta, 1999); Archestratos of Gela: Text, Translation, and Commentary (with S.D. Olson) (Oxford, 2000); Asclepiades of Samos: Epigrams and Fragments (Oxford University Press, 2011); The Alexandra of Lycophron: A Literary Study (with C. McNelis) (Oxford, 2016); and Hellenistic Epigrams: A Selection ([Cambridge Greek and Latin Commentaries] Cambridge, 2020). He is the co-editor, with P. Knox and H. Pelliccia, of They Keep It All Hid: Augustan Poetry, Its Antecedents and Reception (Berlin, 2019). He is currently at work on a commissioned volume for the Loeb Classical Library that will include the Alexandra of Lycophron, the Phaenomena of Aratus, and the works of Nicander. In 2017, he received the Georgetown University President’s Distinguished Scholar-Teacher Award. 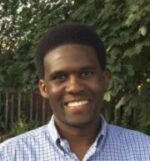 As a scholar of the ancient world, Professor Stephens teaches courses in Roman and Greek history along with the Latin language. His interests encompass various areas of antiquity and recently focus on the Late Roman Republic. Trained in the fields of both Classics and History, he applies close reading of ancient sources as a mechanism for understanding individuals, cultures, and societies within their contexts and across time. He also possesses facility with ancient coinage, particularly Roman numismatics, which he incorporates into his research on the Roman world. Stephens’ current book project involves norms, violence, and revolutionary movements in the Late Roman Republic as well as reimagines how power and legitimation functioned during the period.